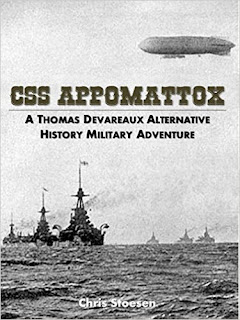 Get Your Copy Here!
http://smarturl.it/CSSAppomattox

About The Book
The CSS Appomattox is a work of alternative history fiction, concentrating on the adventures of the naval airship commander Thomas Devareaux and his crew. The action takes place in the air, over sea, and land as our heroes battle in defense of their country.

Background of the Novel
In October 1862, the Confederacy is recognized by both France and Great Britain. Lincoln opens peace negotiations that effectively ended the American Civil War. Decades later, the young Confederacy forges an alliance with Spain – a fading empire desperately clinging to its remaining Caribbean colonies.

The Confederate Military assigns the young crew of the airship CSS Appomattox to assist their country’s new ally. The Appomattox is dispatched with a token Naval force to defend Puerto Rico. Here they will stand against the coming threat of an expansionist German Empire and its ally, the United States.

The crew of the Appomattox not only has to fight against the German military, but forces from within their own navy as well. During their exploits, Devareaux and his crew are recruited by the Signals Bureau (the Confederate Secret Service) to battle their enemies overtly as well as covertly. They encounter enemy agents who seek to do in the young nation through their efforts with espionage.

The action takes place in the skies above the Caribbean and on land as Devareaux leads his landing party of marines to support the guerrillas fighting in the hills of occupied eastern Puerto Rico.

This is the first book in the Thomas Devareaux series. This Alternate History novel employs elements of Steampunk without taking historical technology developments too far outside of their historical progression.

****
Reader Reviews
Amazon.com
****
4.0 out of 5 stars  A good start for the series.
By Bugwar on January 30, 2016
Pity there is no 4.5 stars button.
I liked the story much better than the prequel.
I look forward to the next in the series.
Other than the 'steampunk' portion, I think this series has as much potential as the "Stonewall Goes West" or "Shattered Nation" collection.
Good job Mr. Stoesen.

4.0 out of 5 stars  A great book for escapists and adventure readers.
By doug on December 29, 2015
USS Appomattox is the first steam punk book i have been able to read all the way through. I enjoyed it thoroughly. Loving history and the what ifs, this book was a fun read that made me question the technology and plausibility. Technology was within period. Plausibility is right on. I would liken this to the Harry Harrison "Star Spangled Banner" trilogy for a plausible plot. The characters were thin, but i like them that way. I can paint them with my own brush as I read. The only reason i gave this less than five stars is the need for better line editing. I had no problem with the story line or the bad grammar, most of which was in conversation and period. I can hardly wait for the second book in the series. I was given a free copy of this book to write a review through Reading Deals. I will pay for the next one, gladly. Write on Chris Stoesen.

4.0 out of 5 stars Good alternate history and adventure novel
By Charles van Buren on December 25, 2015
A very interesting premise and plot with some spelling, sentence structure and grammar errors. Mr. Stoesen tends to write in a very direct style with short sentences which make the book easy to read and understand even if it is not great literature. He has obviously done his historical research without which alternate history is not believable. I plan to next read the prequel, SHARPSBURG SUNRISE.

About The Author
Chris is an amateur author with interests in both historical and fictional subjects. He was born in 1970 and raised by fantastic parents in Tampa, Florida. So all of his shortcomings are of his own making and not their fault. His single greatest achievement is being married to the same wonderful woman for over 23 years. He and his family, live in the Atlanta area.

Chris is relatively new to publishing on Amazon but so far has found it to be a pleasant experience. Most of his writing thus far has been related to Historical War Game Scenarios such as In the Name of Roma which is available on Amazon as well. You can find his other work on the web store of the TooFatLardies. This includes titles such as "This Land Divided," "With Fire and Sword," 'Rock the Casbah," "The Campaign For Greece" and "Call This a Ruddy Picnic?" His most recent book is "From Empire to Revolution" that covers the Austro-Hungarian and Russian Empires during World War One.

The first fictional book in the Thomas Devareaux series is now complete and work has started on the second book of the series. He has also written The Home, a zombie themed short story.
He has some short stories and some potential stories that he is working on at the Amazon WriteOn site: http://goo.gl/Kq44ZU Please stop by and let him know what you think.

For more information on Chris' books please visit his website at http://chrisstoesenfiction.blogspot.com

To get an email whenever the author releases a new title, sign up for the VIP newsletter at: http://chrisstoesenfiction.blogspot.com/p/mailing-list.html

You can also find Chris as the newest Rukia Publishing Featured Author.
Go to his  Meet The Author page and read his Interview!

Take a look at some of his other books available on Amazon!
http://smarturl.it/ChrisStoesen

In the Name of Roma: Actions of the 80o Roma Infantry Regiment on the Eastern Front: August to December 1941. 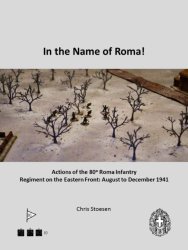 IN THE NAME OF ROMA is a war game supplement that contains 30 company and platoon level scenarios covering the actions of the 80a Roma Regiment from August to December of 1941. You’ll follow the 80th from the open steppe to the Donetz industrial basin, including the amphibious attacks across the Dnieper, and the fateful decision of Column Chiarimonti to attempt to seize Nikitovka. IN THE NAME OF ROMA includes:
• 30 scenarios divided in six distinct campaigns
• Historical background information and period area maps
• Italian and Soviet briefing for each scenario
• Formation information and stats for Early War Italians and Soviets

Though primarily written for the Too Fat Lardies rules systems (I Ain’t Been Shot Mum; Troops, Weapons, and Tactics; and the newly released Chain of Command), the scenarios in IN THE NAME OF ROMA work equally well with Arc of Fire, Bolt Action, Flames of War or your favorite rules system. 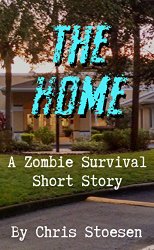 Three survivors are in desperate need of medication needed for one of their number to survive. Having tried and failed to locate it at pharmacies and medical facilities, they turn to the one place left to them, an assisted living facility. Knowing that before the rise of the undead, the facility took care of several patients with the same need, the survivors decide to risk everything on this one last chance. Will they find the medicine that they need? Will they find other survivors? What happened to the patients during the outbreak?
----
This book is the result of a conversation between friends during a summer writers challenge. I was in the middle of attempting to get my mother into a memory care facility. My friends were both sympathetic to what I was going through, but also helped me to laugh. The second helped me more than I will ever know.

Given that two of the authors that I was conversing with having written books in the zombie genre, comparisons between some memory care facilities and the genre arose. I can appreciate dark humor at time and this was one of them. A parting comment at the end of the discussion resonated with me, “this could make a great scene in a story.”
It took a couple of weeks but the story did indeed come out of that conversation. The thoughts that drove it were what would happen to people that need essential services once a major catastrophe like a zombie apocalypse occurred? What would happen to diabetics that were dependent on their medicines? What would happen to the elderly that are not able to help themselves any more?
Furthermore, the story had to have its lighter moments. I have visited many nursing and retirement homes. One of the authors described one of the funnier moments he had while visiting a home. All of these elements started to congeal and this short story just flowed out from it.
This may not appeal to hardcore fans of the zombie genre. There is little in the way of the typical blood and gore. I had honestly hoped to have it included in a collection of stories but it took on a life of its own. So here it is.
There are many worlds that already exist for zombie stories. There are more flavors of them than Baskin Robbins has ice cream flavors. I decided to adopt a world to base mine in. Philip McClimon’s Nicole’s Odyssey: A Journey Through The Zombie Apocalypse and its prequel, Substation: The Last Stand of Gary Sykes are the basis of the world in which this story resides.
I hope that you enjoy this short story and will take a look at some of my other works.
This work is 7,000 words and 25 pages (paperback) in length. 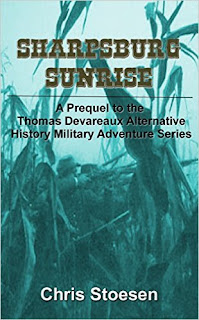 Before Thomas Devareaux ever set foot on the deck of his airship, his father fought in the defining moment of Confederate history, the battle of Sharpsburg. As the surviving officer of a company in the 3rd South Carolina Regiment, he leads his company into battle while the fate of the Civil War hangs in the balance.
This is the prequel to the Thomas Devareaux Alternative History Military Adventure Series. It follows the adventures of James Devareaux as he becomes the leader of a veteran company of Confederate soldiers during the Battle of Sharpsburg which was known as Antietam in the North.
James Devareaux is not the catalyst for the moments that will change history but he is an eye witness to the battlefield friction that results in a different outcome than our present timeline. The cast of characters includes the officers who were present at the battle of Antietam. The Appendix lists the historical liberties that were taken with the battle to lead to a Confederate victory.
If you enjoyed the books of the Thomas Devareaux series, check out the prequel that made it all possible.
The story is just over 13,000 words in length.

You can get any of these books by following this link:
http://smarturl.it/ChrisStoesen