It's time to face the music . . . #NewRelease #ebook #Series sale 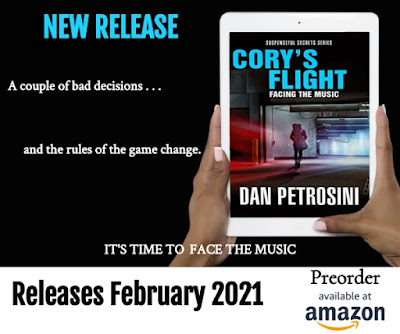 A couple of bad decisions…

…and he was the perfect one to frame for murder.

But who is out to get Cory?

It was true, his ex-manager, back in his pop music days, had stolen from him, and it made him mad. Words were exchanged and maybe a threat or two, but for Cory it was all bluster. He never thought it would come back to haunt him.

What was his next move?

Barney Tower, at age 50, was a high-priced lawyer and had a reputation for winning. People said he would do anything to get the job done. He knew it to be true. Barney was just the sort of guy Cory needed on his side. There’s just one thing he didn’t know.

Could Barney be trusted?

You’ll love this suspenseful thriller, because this frame job may be watertight and if Cory is going to prove he’s innocent, he just might have to change the rules.